We wish you a murray wimbledon and a happy strawberries & cream!

Wimbledon, located to the South West of London is a symbol of British Tradition, dating back to 1877, it is the location of the oldest tennis tournament still played on grass. Upon arrival, purple and green decor bring additional life to the already lush green perennial rye grass that makes up the playing surface. This year the 1st of July to 15th July 2019, is setting up to be one of the most memorable ever.

bring in the men

As for the stars of the Men’s show, we will have an array of legends, arguably all dancing on the precipice of retirement. Andy Murray is in fact coming out of retirement, and got going this year by winning the Queens Men’s Doubles crown 23.6.19. In turn giving hope to Brits everywhere of a possible 3rd title, whilst Rodger Federer will be seeking to extend his record 8 Wimbledon titles to 9 after picking up his 10th Halle title in a tournament in Germany on the same day.

8 Wimbledon titles, to put that feat into context, we need to go all the way back to the Amateur Era when William Renshaw (1881–1886, 1889) last held the record for the most titles in the Gentlemen’s Singles tournament, winning Wimbledon seven times.

bring in the women

Martina Navratilova’s record will be in Roger’s sights with her 9 Wimbledon titles the highest amongst the women’s game and Serena Williams is aiming to be at her best after wobbly form in the French Open to extend her title haul at Wimbledon to 8. Maria Sharapova  will also be looking to complete her redemption arc after falling afoul of controlled drug meldonium rules, subsequent suspensions and difficult injury record. At 85th in the world it would be an unlikely come-back for Sharapova as the Women vie in a wide open contest to knock Kerber off her 2018 crown with Osaka the bookie’s favourite. 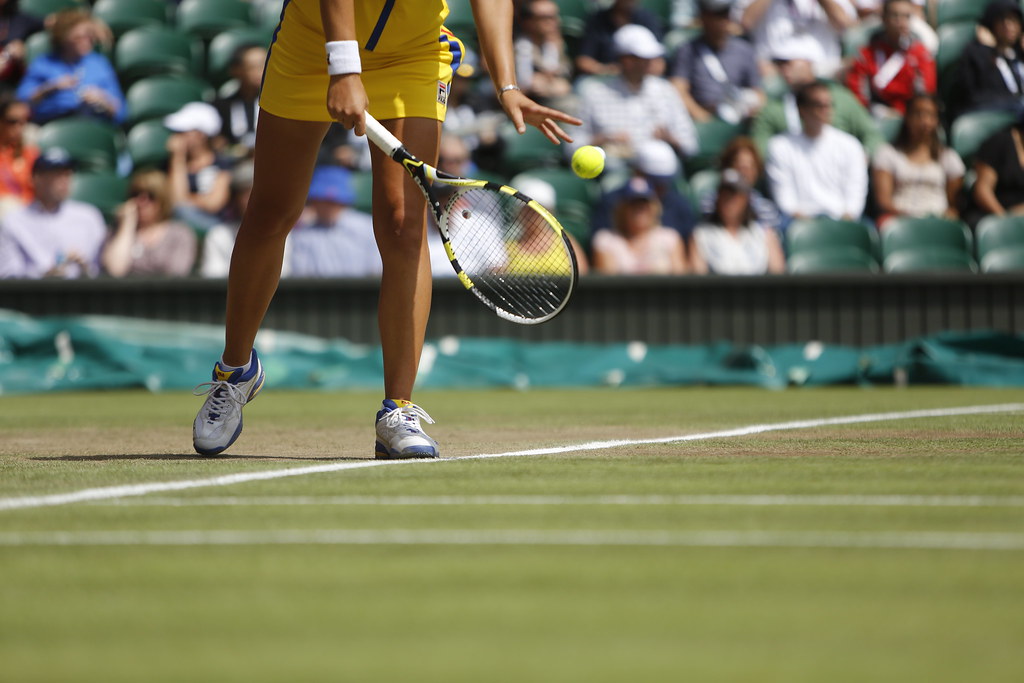 When in Rome, it is vital to indulge and the most famous Wimbledon tradition of them all is to consume a decadent, dripping and down-right-delicious bowl of Strawberries and Cream. It is notable we don’t often see athletes tucking into this scrummy treat and teapro saw it our duty to deliver an equal stupendous strawberries and cream fruit tisane that is all natural, caffeine free and perfect throughout the summer hot, cold, iced or frozen. Our Honeyberry Acacia honeys will allow you to sweeten to your liking.

You can find out all about the origins of the word Tisane and lots of facts about fruit teas in our blog post: The Summer Feels of Fruit Tisanes.

Like Federer’s forehand or Serena’s serve, timing is everything, our July box will be delivered to you during Wimbledon to enrich your enjoyment and keep your calories under control as we all get tempted by the Summer decadences. 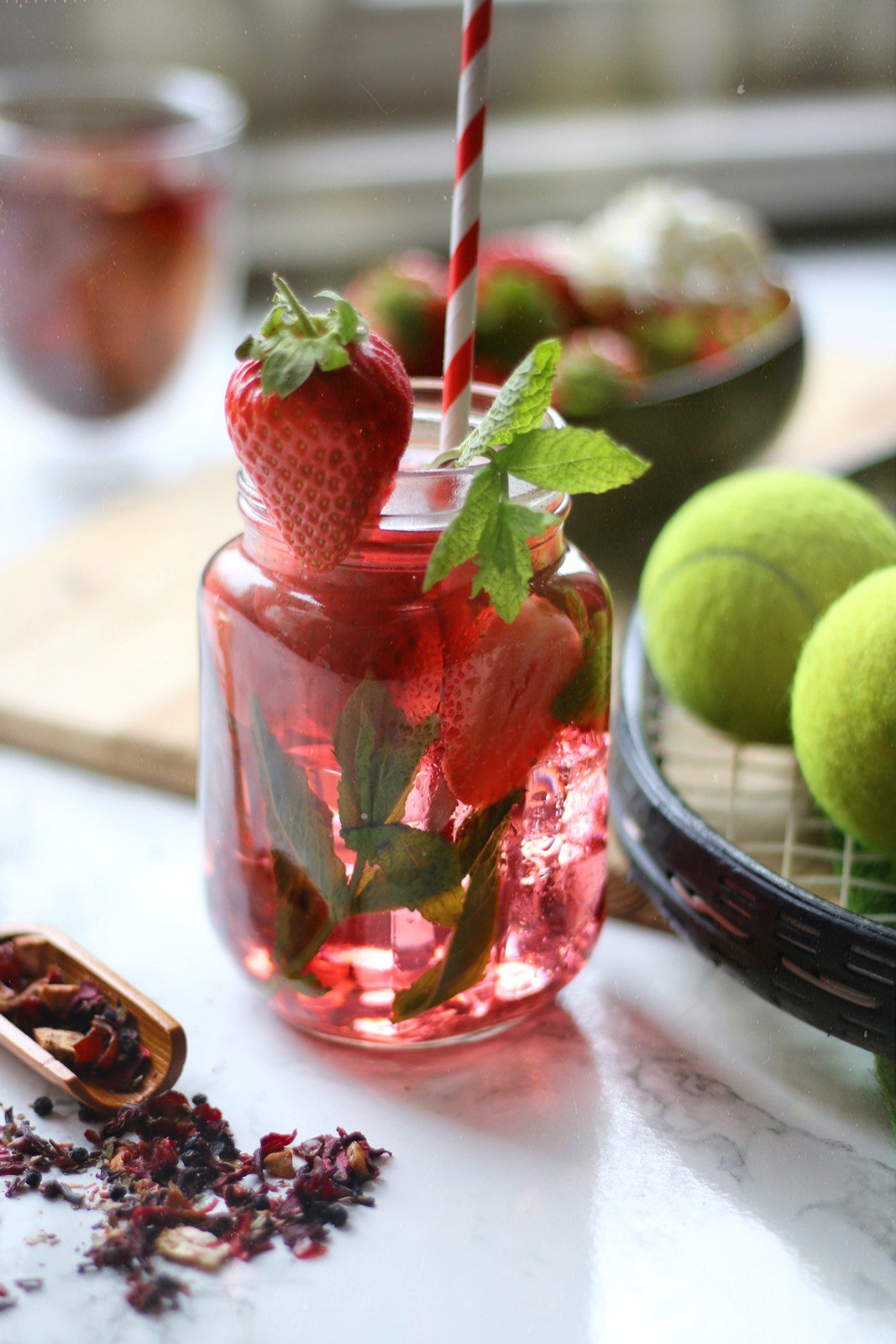 This is the crowning jewel tisane in our July fruit cooler box.
And to make it even more exciting, we have created a yummy Strawberries & Cream Cooler recipe, which is super quick and easy to make.

1. Add 4 tsp fruit tisane to a cup, pour hot water over it and allow to steep for 10 minutes.
2. Add honey to taste and put the cup into the fridge for 1 hour – this will be your home-made tisane concentrate
3. Cut fresh strawberries and put them into a pitcher together with mint leaves
4. Add ice cubes and your healthy tisane concentrate. You can have it strong and flavourful or dilute it with cold water to taste.
Enjoy!!!
PS: if you decide to make the recipe, don’t forget to tag us @teaprouk and #teapro – we’ll be sure to feature you! 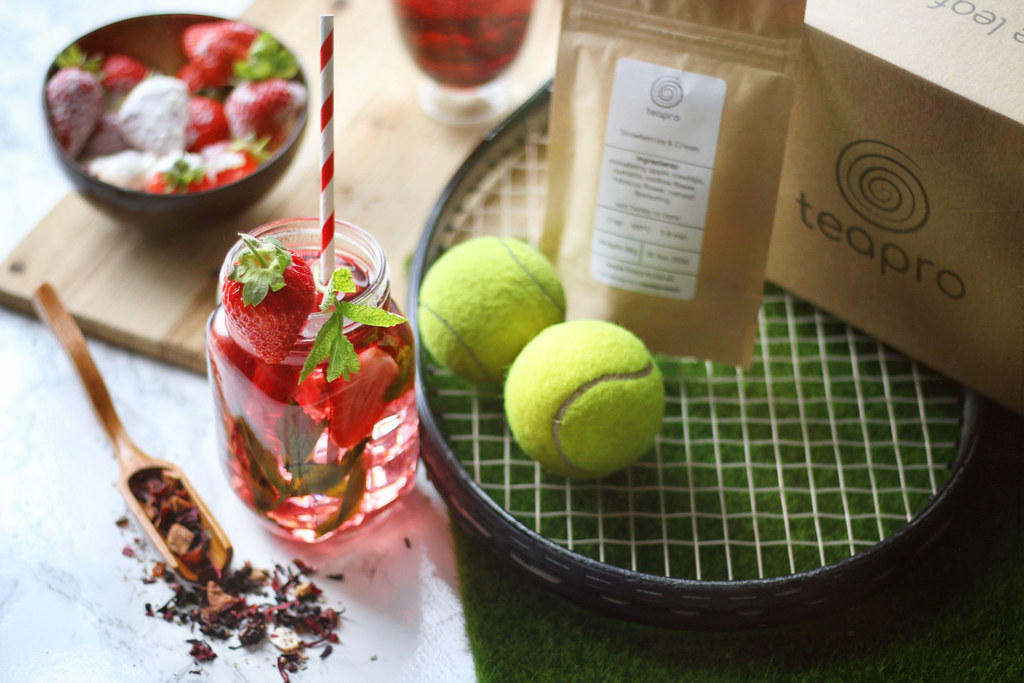 Get your strawberry & cream tisane on its own or as part of our fruit cooler box.

The four tisanes we’ve picked for you are as unique as they come. Perfect as a refreshing treat in the midday sun or as a cooling drink in the evening. 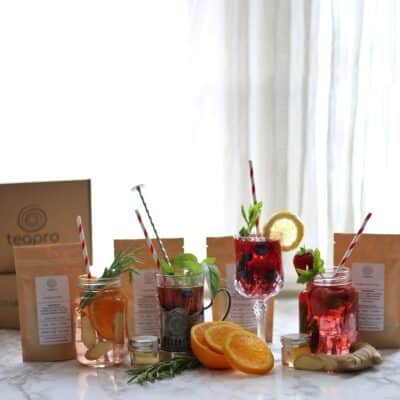 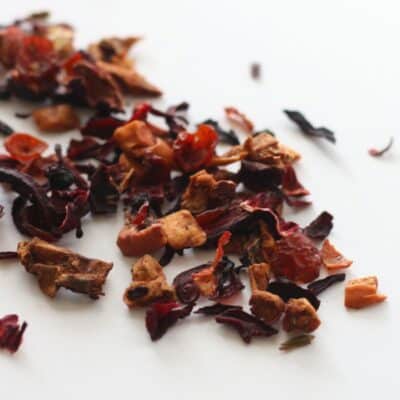 We’d love to hear your thoughts on Wimbledon and Strawberries & Cream!
Do you follow tennis? If yes, who’s your favourite player? Lastly, have you ever been to the tennis Wimbledon tournament?
Leave us a comment below.

Tom and Tatjana from teapro 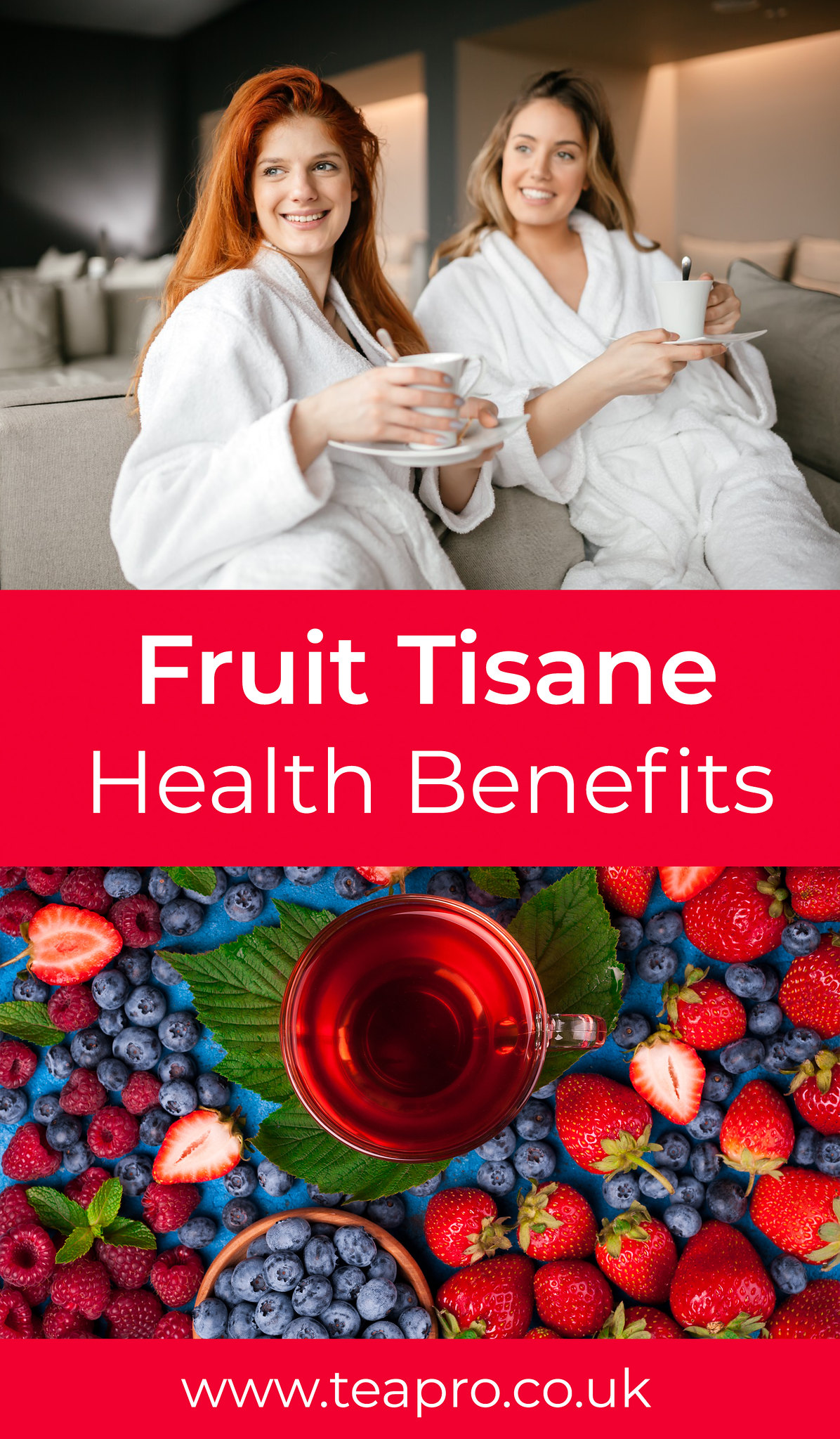 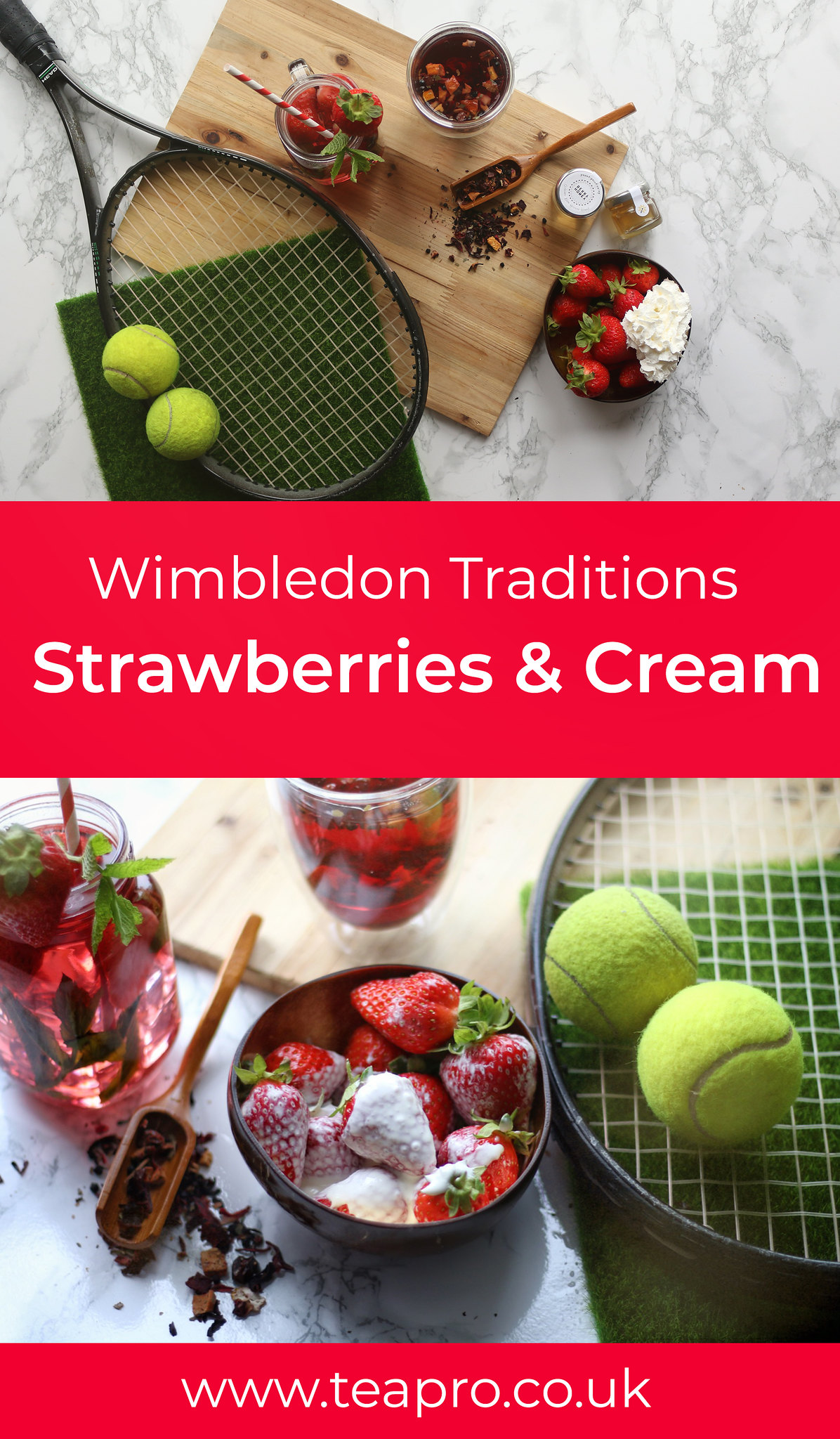 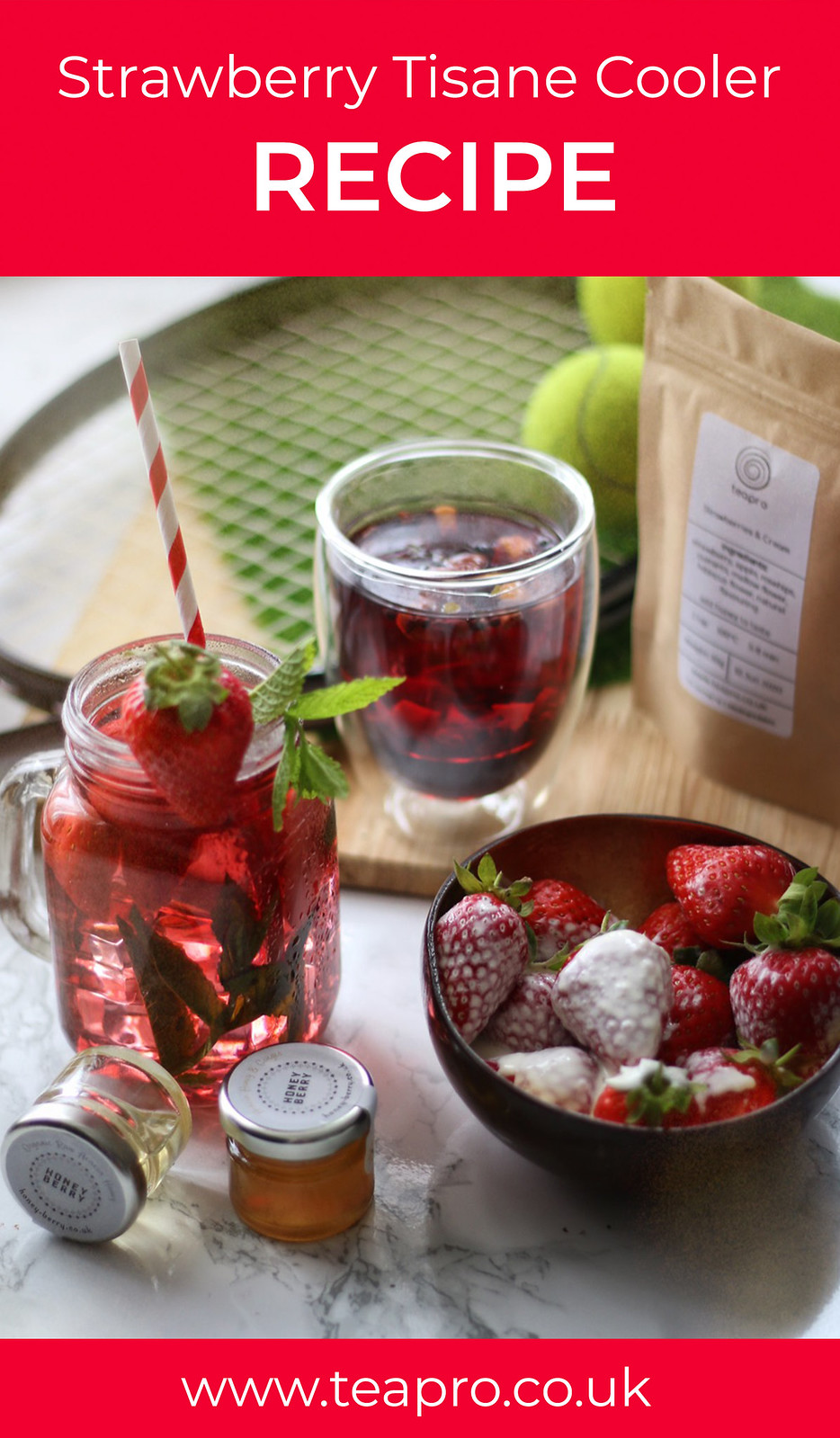 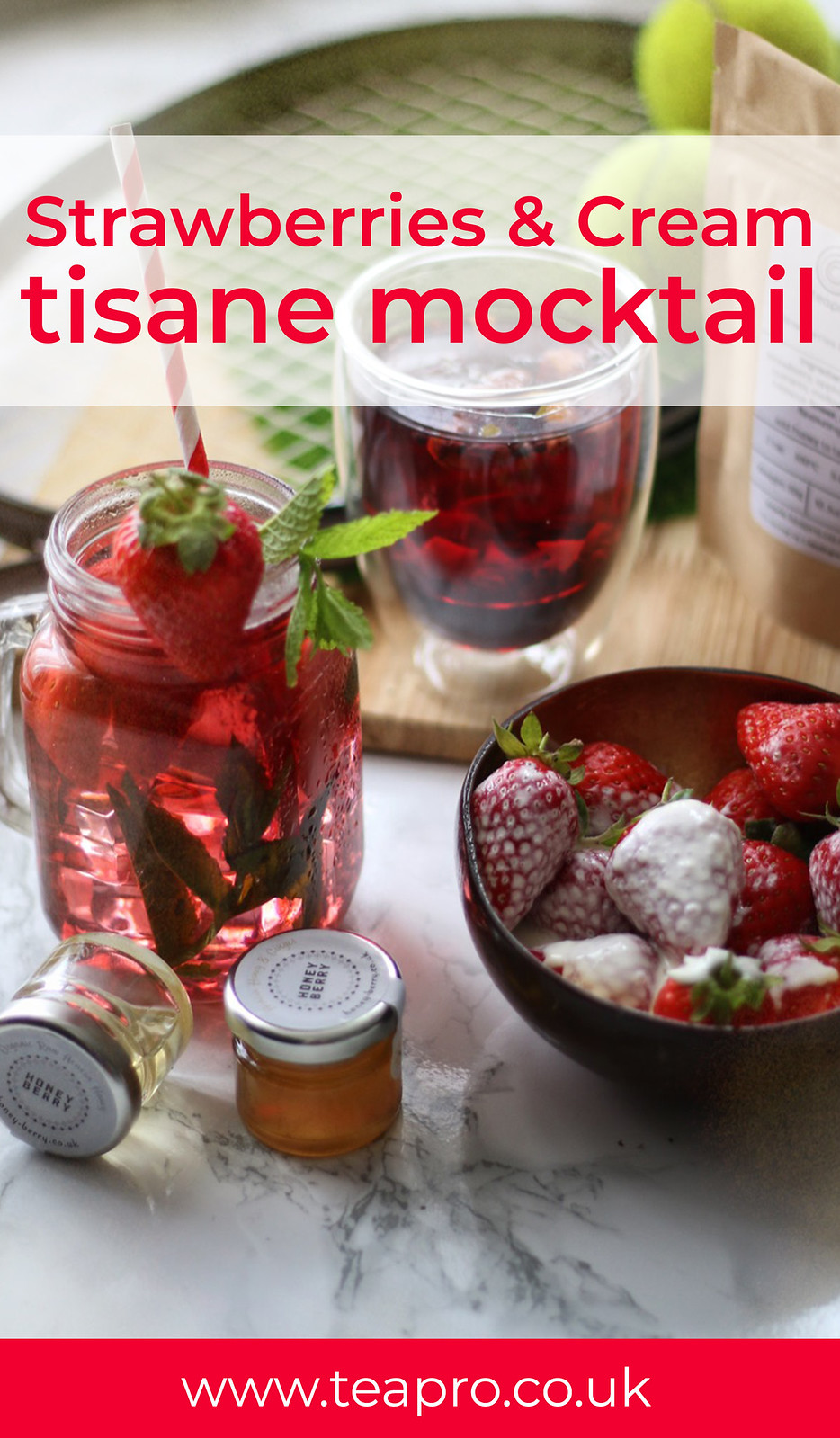