Posted at 10:57h in universitea by Tom Bowden 2 Comments
1 Like

What is Yerba Mate?

Yerba mate tea is a stimulating and nutritious beverage from South America. It is brewed from the leaves of a small tree of the holly family, native to Argentina, Paraguay, and Brazil. In many parts of South America, yerba mate tea is much more popular than coffee. People from all walks of life share yerba mate with friends and family on a daily basis. Yerba mate tea is loaded with B-vitamins, minerals, and antioxidants. It contains caffeine as well as theobromine, which is responsible for a more balanced energy boost than you’d get with coffee. Traditionally, yerba mate is served in a gourd and sipped through a metal or bamboo straw, called bombilla. Although gourd and bombilla create a more authentic experience, you can also make loose leaf mate in a french press or in a moka. Drinking mate is not just about the taste or its invigorating effect. There is a special ritual of hospitality and friendship that surrounds the daily act of sharing yerba mate tea in a circle. 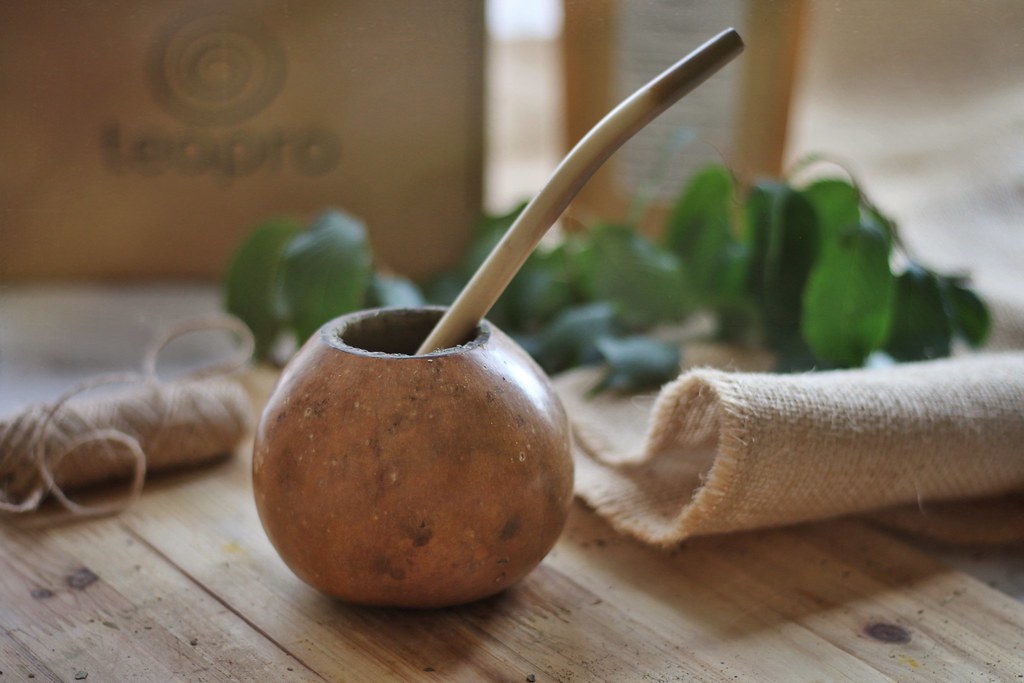 Mate can be traced back to the Guaranis, an indigenous people who lived in Paraguay, Bolivia and Uruguay. Called “Ca’a”, meaning “plant” in Guarani, yerba mate was consumed for its energising properties, to aid mystical rituals and give hospitality. In Guarani folklore, an old man fell behind his tribe with his daughter Yarii and were soon running low on supplies. In the middle of the night, a stranger visited them, requesting sustenance and the father and daughter gave away what little they had. The visitor was the Guarani supreme god Tupa who offered them a plant he created in return for their generosity so that they will always remain healthy and never be thirsty again and to share it with their tribe. Sharing, energy and wellbeing have been tied to mate culture ever since and the herb has been shared as a gift from the Guarani all across South America and the world. 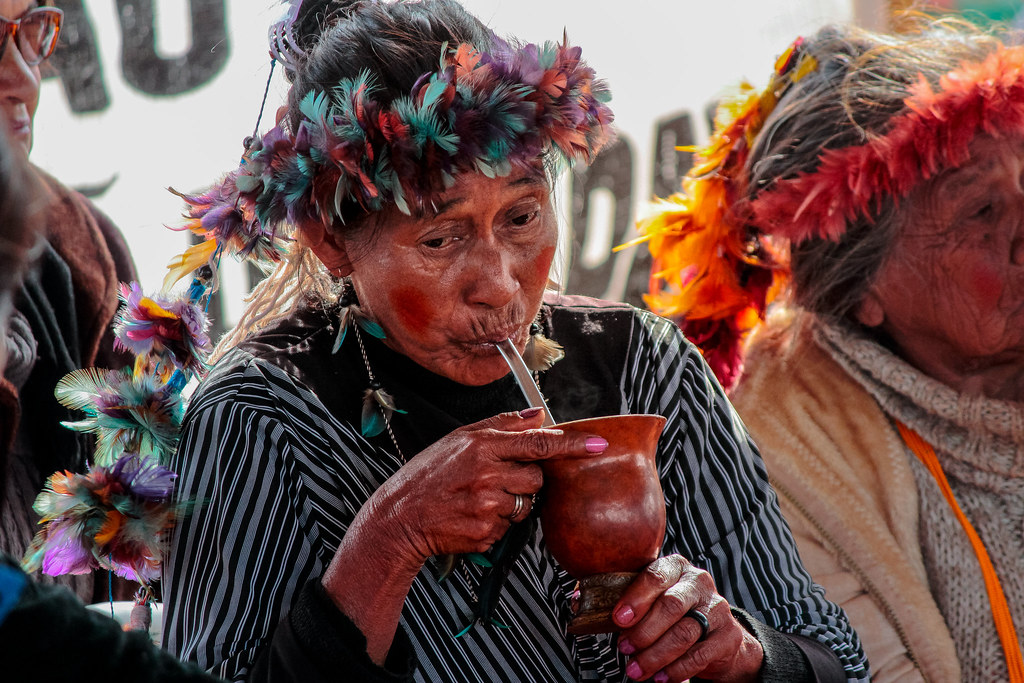 Mate has now become the national drink of Uruguay and it is taken at any time of the day or night when part of a group as a symbol of friendship whilst following specific rules.

Drinkers must sit in a circle known as the “ronda de mate”. A very charismatic figure must step forward as the “cebador/cebadora” to take control of serving. The cebador/cebadora will taste the first brew before it is passed around. The mate will continue in a circle until the yerba is “lavado” and has lost it’s flavour.

Whilst Uruguyans drink the most yerba mate across the whole of South America,  they don’t actually grow it themselves, preferring to get most of their imports from Brazil. 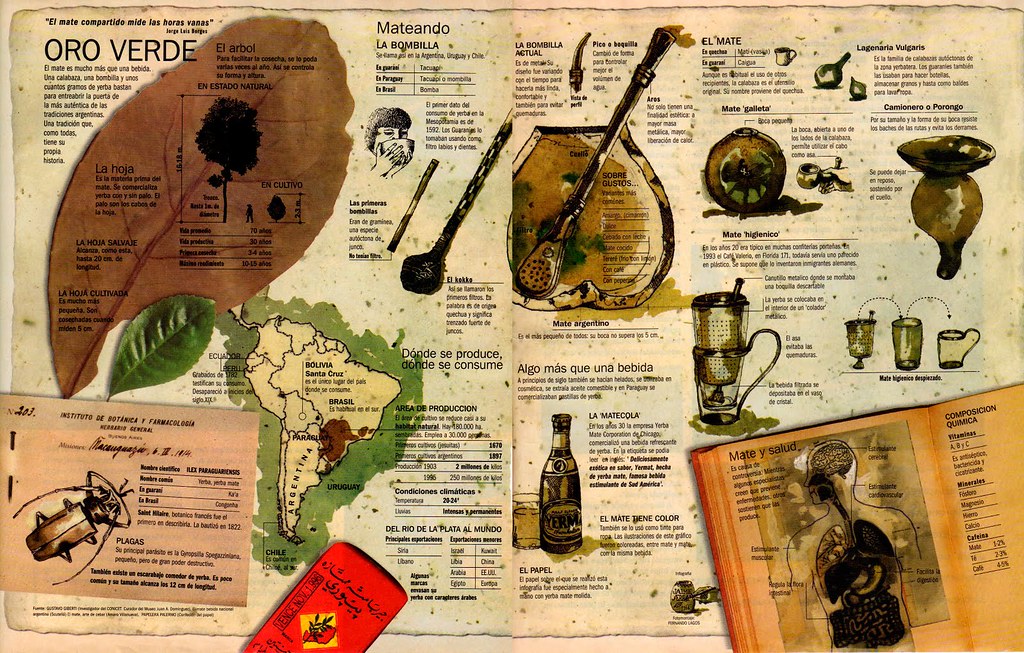 Much like Uruguay, Argentina obeys the law of the cebador. In fact, in 2016 the world’s largest mate circle was recorded in Costanera de Candelaria, Misiones and is a Guinness world record at 15,000 “materos”, mate drinkers. Argentina, also observe an official yerba mate day on 30th of November each year. The day was chosen to honour the birth date of Andrés Guazurarí, the only ever Guarani governor of Argentina. 90% of Argentina’s Mate is produced in Misiones but a staggering 75% of this is actually exported to Syria (22,000 tonnes). This can be traced back to the 1850’s when Syrians began coming to Argentina following the unification of the country when the government updated its constitution with Article 25 to encourage immigration where the tradition has now returned home to immigrant Syrians. Yerba Mate is commonly used in cakes, muffins, biscuits, beer, liquor and even cheese.

Paraguay is a much smaller producer of yerba mate but can have a range of tastes and are known for their bold refined flavours. Paraguay is also known for drinking their mate with cold water known as tereré due to the extreme hot weather. Traditionally this would be served in a guampa (animal horn). 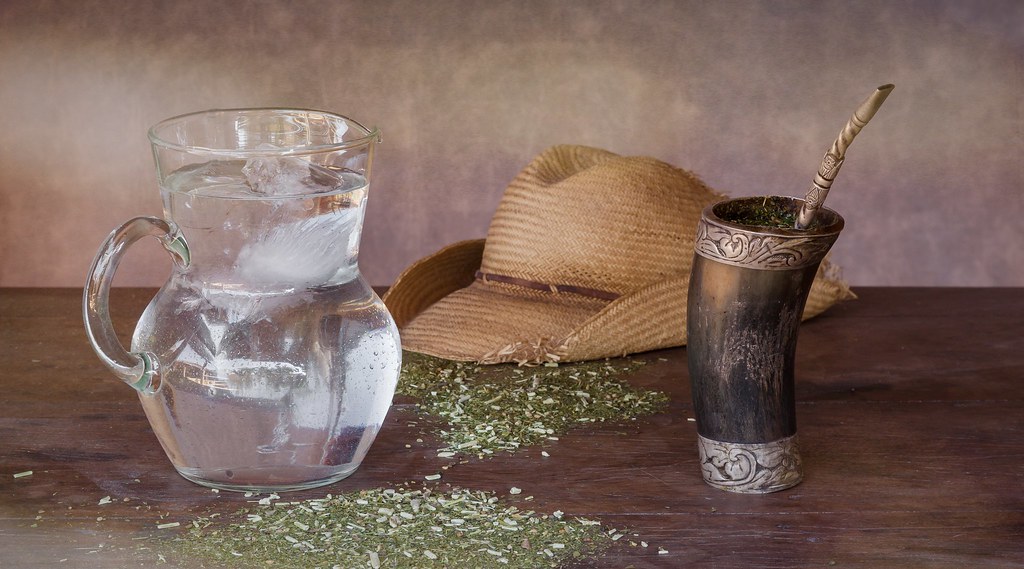 Brazil is the only place that calls Yerba Mate chimarrão and tends to usually be more bitter in comparison to other Mates. It also looks has a much more vibrant green colour, almost reminiscent of a Japanese matcha. The equipment of a bombilla and gourd is a traditional part of the Brazilian Gaucho culture, who are cowboy figures who roam the pampas with their livestock. They set up “churrasco”, gaucho BBQ’s with their buddies, and pass around mate in a circle whilst roasting a meal. Chimarrão, is a tradition to bring people together around a fire to create a unifying force across cultures, skin colour and generations. Cimarrón, surprisingly a spanish word, is the origin of the word chimarrão and it refers to animals such as cattle or dogs who have returned to the wild. Different states such as Santa Catarina, Rio Grande do Sul, Paraná and in parts of Mato Grosso each are known for their own type of yerba mate where particle size, composition (ratio of leaf and stem) vary as do their taste. Whilst Brazilian yerbas are typically more bitter than other countries, it is sacrilegious in Brazil to consider adding sugar. Here are a few more rules for you to remember when drinking yerba Mate in Brazil.

It’s considered offensive to wipe the mouthpiece of the bombilla before drinking. Respect the order the gourd is passed. Don’t touch or rearrange the bombilla. Out of respect, you shouldn’t take just one sip. 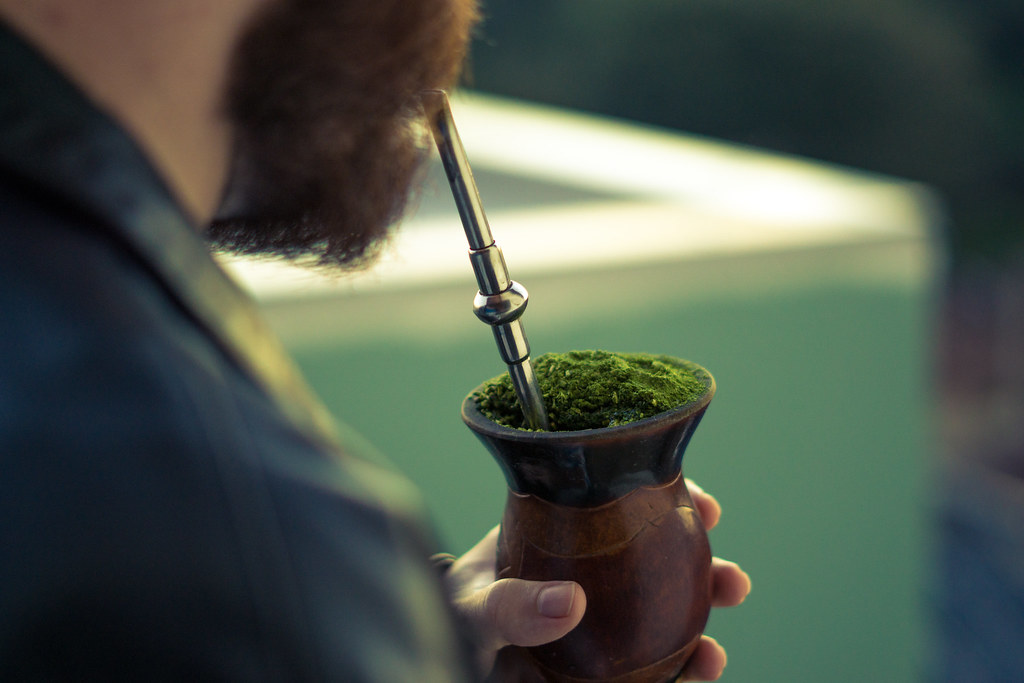 Gauchos were nomadic and colorful horsemen, with oftentimes mixed heritage of native Indian and European.  They occupied the Brazilian, Argentine and Uruguayan grasslands “pampas”, flourishing from the mid-18th to the mid-19th century. Everywhere where cattle needed to be raised or land needed to be farmed, there was a Gaucho. They were extremely proud of their horse riding skills and enjoyed sitting around the fire while enjoying a round of yerba mate. Typically, a gaucho’s horse constituted most of what he owned in the world. Apart from yerba mate, gaucho diet was composed almost entirely of beef as well as fried cakes “tortillas fritas”. The typical gaucho outfit would include a poncho, which doubled as a saddle blanket and as sleeping gear, a facón (large knife), a rebenque (leather whip), and loose-fitting trousers called bombachas, belted with a loincloth. In the wintertime, gauchos wore heavy wool ponchos to protect against cold.

When putting together our Yerba mate box, we really wanted for you to not just try as many different varieties as possible, but also to experience mate how it should be drunk – through a traditional authentic gourd and a bombilla. You can check out all the “Yerba Mates” box here. Make sure to cure your gourd once you start your teapro yerba mate adventure. You’ll find all the instructions you need included in the box. And why not invite your friends over and pass the gourd around in circle? 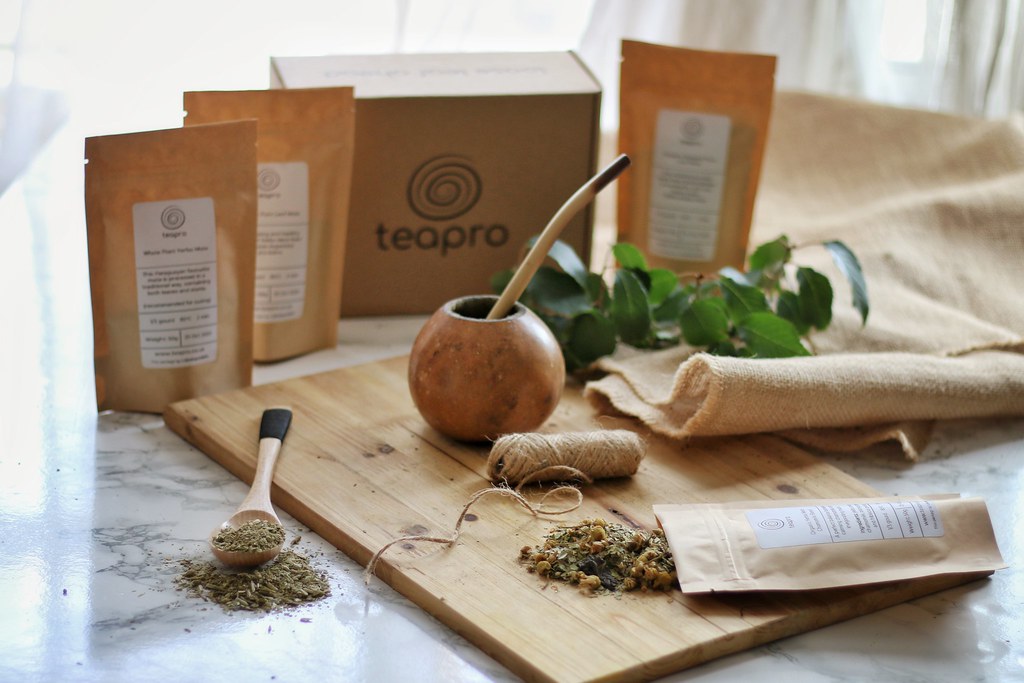 How to make a Yerba Mate 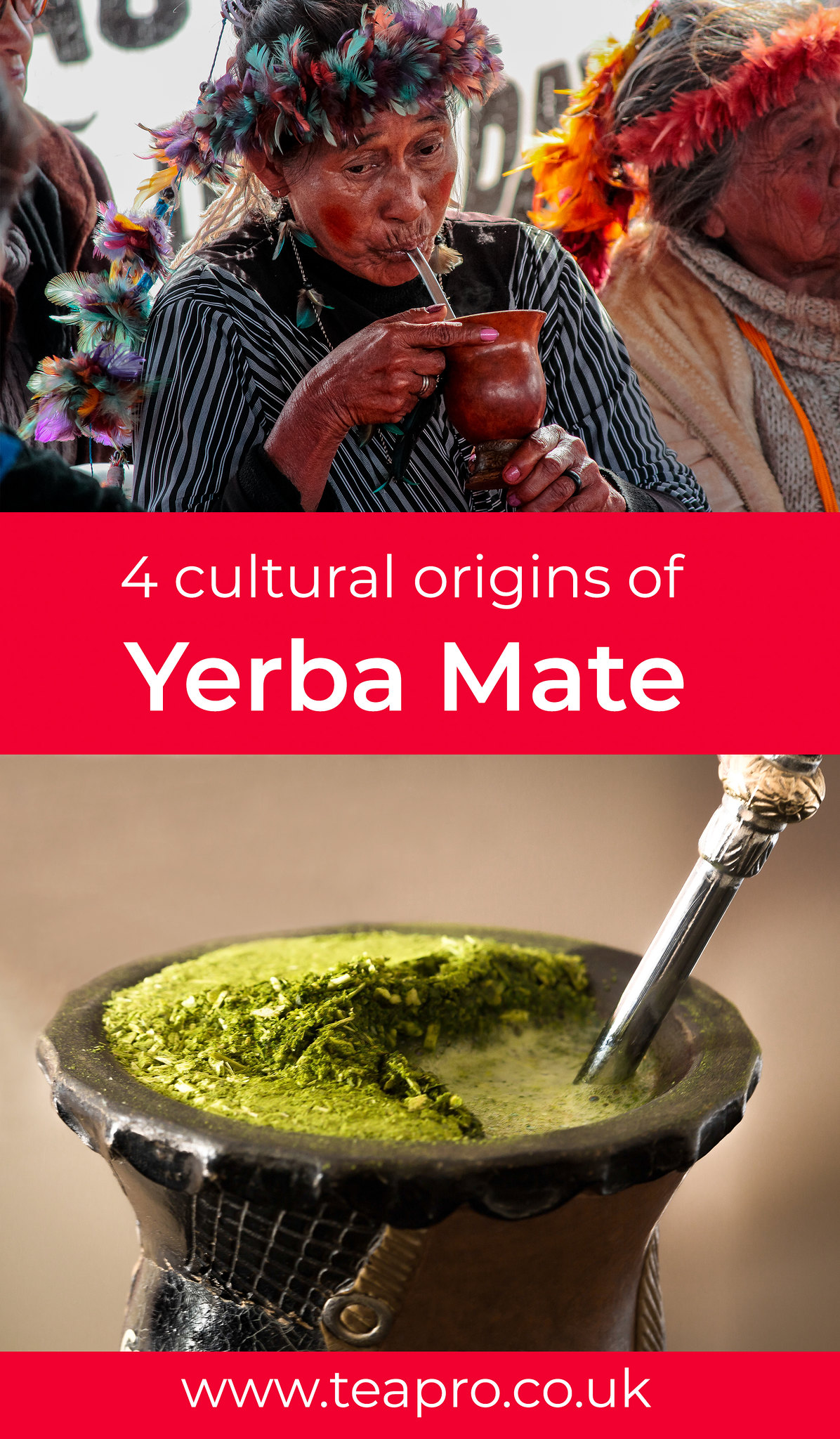 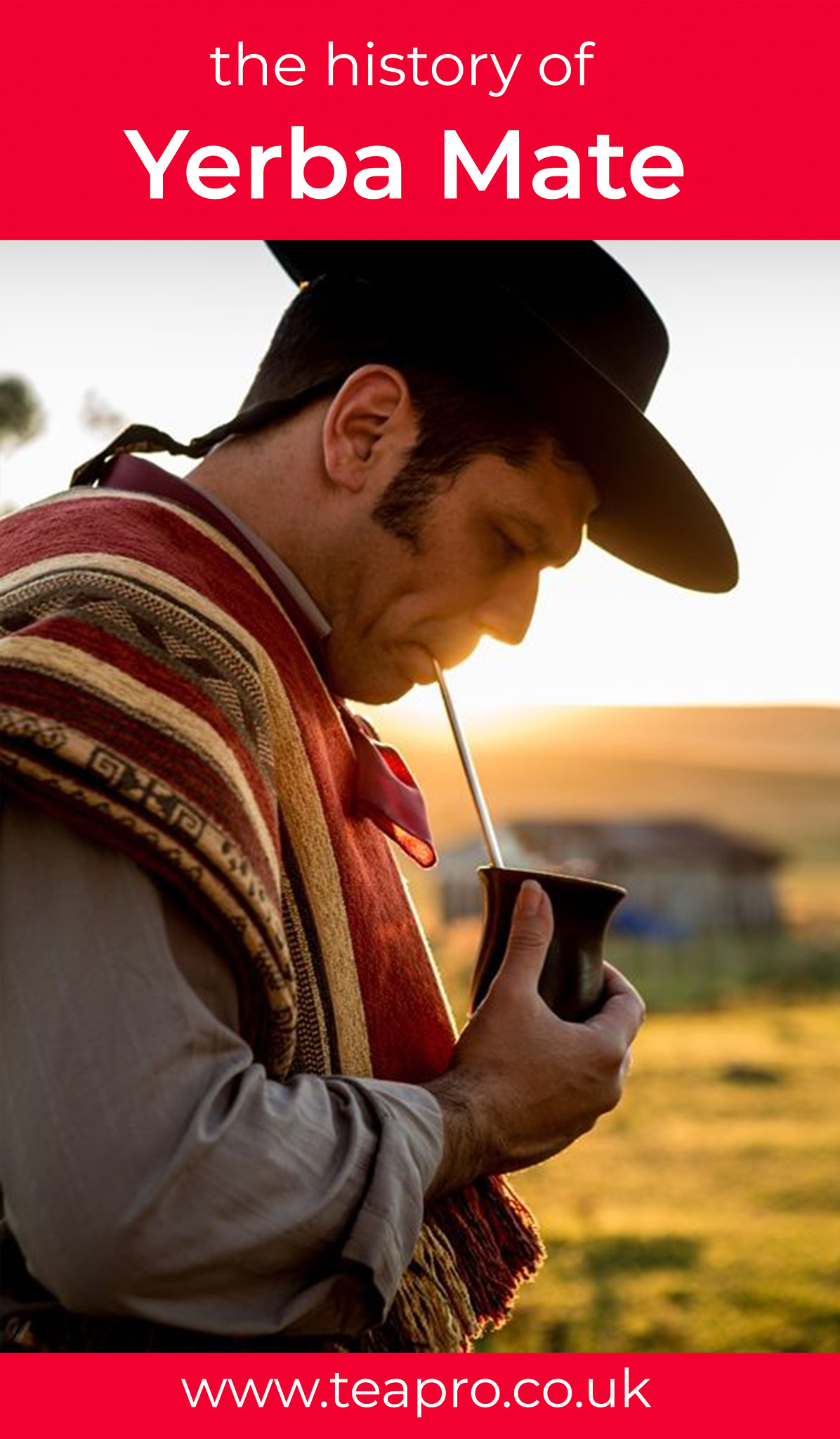 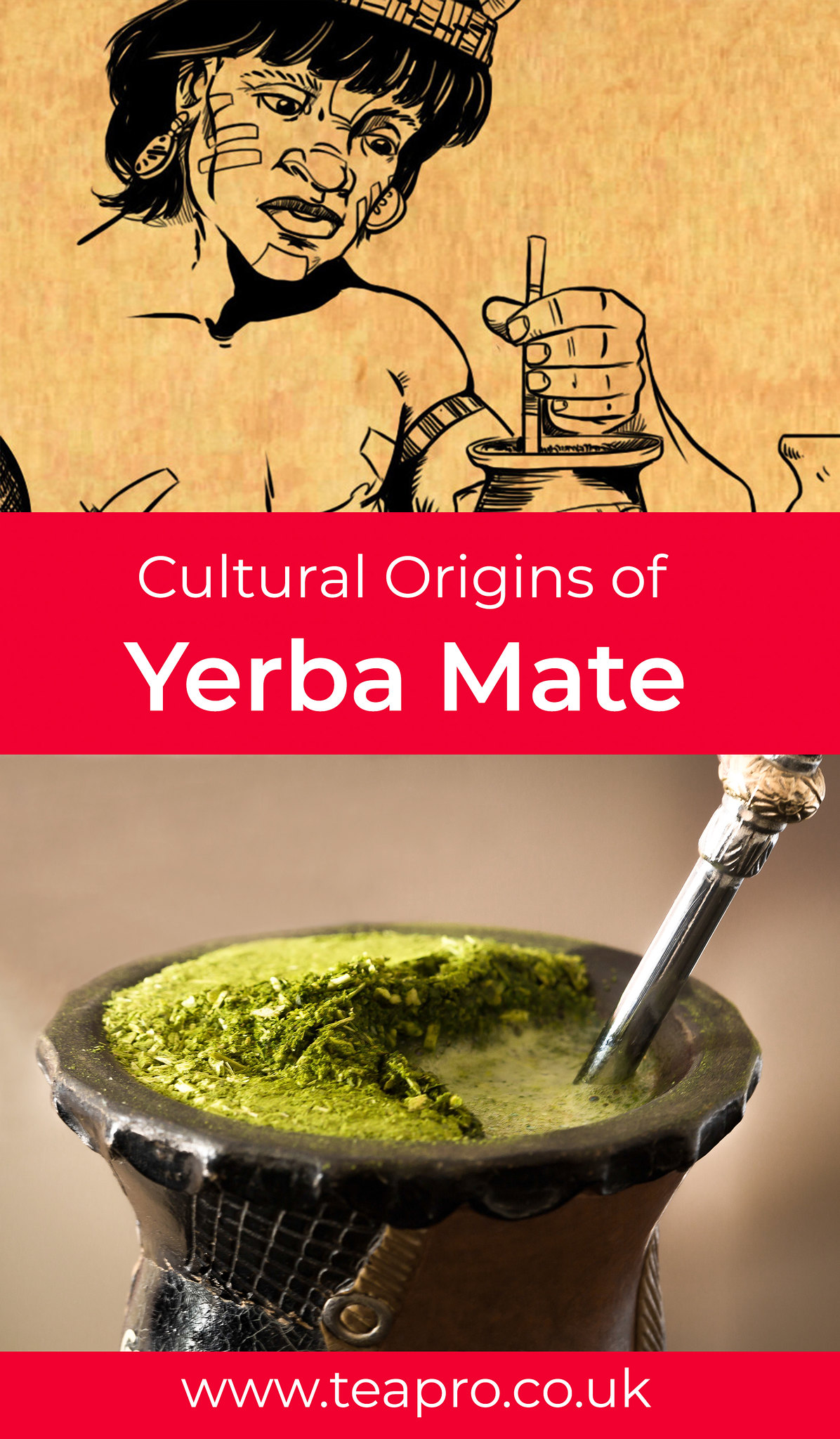 0
Cart Total:£0.00
We use cookies to ensure that we give you the best experience on our website. If you continue to use this site we will assume that you are happy with it.Ok